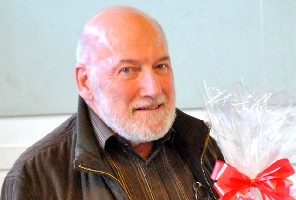 Mike joined People Matter in July 2009 as volunteer Data Input Officer, a role which suited him down to the ground and eventually lead to him being ‘promoted’ to Data Manager.

Very much a ‘systems and process’ man, Mike was instrumental in the planning and introduction of processes to support the movement and recording of paper records and client data.  Although he dealt with many hundreds of files each year, his filing systems were second to none and meant his colleagues were always able to find what they needed.

Being methodical and organised gave Mike great satisfaction, something he mentioned several times during annual reviews, that, and the pleasure he gained in checking the monthly reconciliations with a fine-toothed comb!

The work wasn’t without its challenges though – mainly caused by having to adapt to changes to systems outside of the charity’s control – but Mike persevered, and it paid off.

Mike will also be remembered for his labelling of our pigeon holes – it must have felt like painting the Forth Road bridge, since almost immediately Mike had re-applied the labels alphabetically to the trays, someone would leave or join and mess up the system. Of course he also tried to cater for those of short stature in making sure their pigeon hole wasn’t at the very top!

A quiet and very private man, Mike nonetheless loved to be included in office lunches and social events.  He enjoyed being part of a Christian organisation and always attended morning prayer meetings and lunches, often assisting with food prep (his other great passion) and clearing away.

Mike had significant health issues during his 10 years of service, but he rarely complained and, remained steadfast in his faith throughout.

Your donation could make a huge difference!